Skip to Content
Home Sound Against stress and insomnia: music can help

Judy Martinez Leave a Comment on Against stress and insomnia: music can help

Against stress and insomnia: music can help

Weightless has been named by scientists as the most relaxing stress-reducing formula and an effective remedy for insomnia. The track was created in collaboration with scientists from the British Academy of Sound Therapy.

In 2014, a clip appeared for the melody, which during all this time has collected more than 21 million views on Youtube. Today we will figure out what is so special about this melody, what is the reason for the effect attributed to it, and how, in general, music affects the human body. 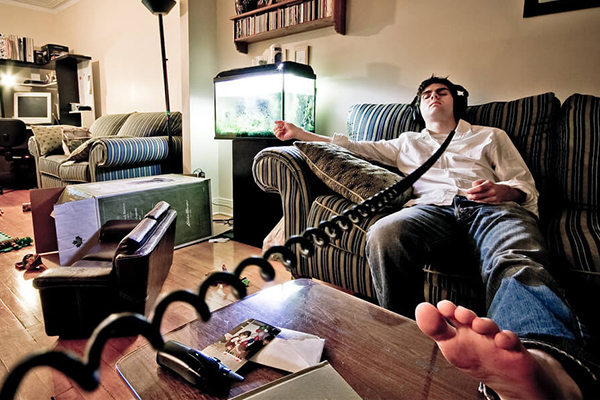 Members of the Marconi Union group in one of the interviews talked about the process of creating a composition. They used the opportunity to work with scientists, but they themselves did not make any claims about the properties of this track. And they had nothing to do with conducting research. Soon after the song was released, they decided to finalize the original melody to a full-length album, which they called Weightless (Ambient Transmissions Vol. 2), which eventually included 6 songs.

Believe it or not

Neurologists from Mindlab International conducted a study involving 40 women. The results of such an experiment are perceived by many with skepticism, given the small number of subjects, the attitude to the discoveries of British scientists and, in general, to sound therapy. But nevertheless, the news spread around many publications, and Time magazine included the composition in the 50 best inventions of the year.

The participants in the experiment were placed in a stressful situation: they had to solve complex puzzles for a while, while listening to various melodies. Special sensors recorded heart rate, blood pressure, respiratory rate and brain activity. Study leader and lead neuropsychologist David Lewis-Hodgson said that music had an impact not only on areas of the brain responsible for sound processing, but also on areas of emotional perception.

Based on the results of the measurements, the scientists concluded that the Weightless composition reduces the level of anxiety in a stressful situation by 65%, and at rest by 35%. To achieve this effect, the rhythm of the track is gradually slowed down from 60 beats. [метронома] per minute to 50. During listening, the heart rate adjusts to the rhythm of the melody, which takes at least five minutes. This phenomenon is called “entrainment”. This also makes the track more relaxing than a walk, massage or a cup of tea.

The founder of the British Academy of Sound Therapy Liz Cooper, who was involved in the creation of the track, explained that lowering heart rate also leads to lower blood pressure. The pauses are aimed at creating a feeling of comfort. And the absence of repetitive moments helps the brain to shut down, as it stops trying to predict what will happen next.

The composition ends with low sibilant sounds reminiscent of Buddhist chanting, which also contributes to relaxation. All this combined also leads to a decrease in the level of the stress hormone cortisol. In addition, it was found that Weightless was 11% more effective than other tunes in reducing levels of anxiety in a stressful situation. Other tunes included compositions by Mozart, Enya and Coldplay.

We invite you to listen to the Weightless composition and evaluate its effectiveness yourself:

The influence of music on the nervous system is proved by other, more serious studies. A group of scientists from the University of Wisconsin at Madison analyzed methods for measuring the impact of music on a person. For example, the electrical activity of the skin is an indicator of the activity of the autonomic nervous system. With unexpected changes in music, this indicator reaches its peak. The next reliable indicator is the heart rate, since they are directly affected by the activation of the sympathetic nervous system.

A study conducted at the John Radcliffe Hospital in Oxford showed that only the pace of music affects changes in cardiovascular and respiratory parameters: fast music of different genres caused an increase in blood pressure, heart rate and respiratory rate, as well as a decrease in baroreflex sensitivity. Slow music, on the other hand, caused a significant decrease in heart rate and a slowdown in breathing compared to baseline.

Besides reducing stress levels, Weightless helps you fall asleep. In the same study conducted by Mindlab International, some of the participants in the experiment, while listening to the composition in a calm state, dozed off. Therefore, the scientists who conducted the experiment do not recommend listening to this track while driving. This effect is largely due to the relaxing effect. With insomnia, the composition of the group Marconi Union is unlikely to suit everyone, but there are alternative options. We have already written about some here.

But you can search for a “soporific” track to your taste on streaming services, for example, on Google Play Music, where there are about 50 playlists for sleeping. Service curator Brady Hayward notes that most of the tracks do not contain words. The following playlists can be searched for: Sleepytime Indie, Fall Asleep, Classical for Sleeping, Ladies Serenading You to Sleep, and Acoustic Bedtime. You can also check out Spotify’s list of the most popular falling asleep tracks in the article.

Interestingly, according to a study published in the Journal of Advanced Nursing, classical music can have a relaxing effect, but it is not the best helper in the fight against insomnia. This is due to the very wide dynamic range. Therefore, even a small piece with a louder sound inside a classical composition can ruin the whole effect.

But apart from insomnia, many people have problems with waking up. Music can help here too. If we go from the opposite, namely from the properties of music for sleep, then we can assume that fast and loud compositions will help in the morning. But not everything is so simple. Spotify even hired a PhD, a music psychologist from the University of Cambridge, to tackle the issue, and collaborated with Spotify analysts and data scientists to find the most effective morning tracks.

As a result, 20 tracks were selected (in the first place in the rating were Coldplay with the composition Viva la Vida), which combined some common properties. In the opinion of the team led by the scientist, a sharp and loud start is not the best option. The music should gradually gain momentum. In addition, in morning music, words are not only permissible, but also welcome, as they can set the right positive attitude. The sound elements of the music also play an important role: the tempo should be fairly high, 100-130 beats per minute, and the beat should emphasize the second and fourth beats of each bar.

This article has been read 15,418 times
The article is included in the sections:Interesting about sound
insomniamusicstress