Judy Martinez Leave a Comment on SoundCloud Case: Through Thorns to New Rounds of Funding

SoundCloud Case: Through Thorns to New Rounds of Funding

Today we wanted to share the news about how the platform lost $ 50 million, due to which its management plans to hold out until the next round of funding, and what dangers lie in wait for “promising” startups on the way to success. 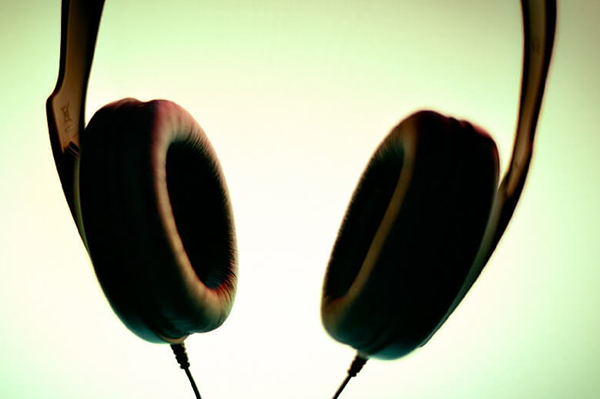 SoundCloud was registered back in 2007 in Berlin, and the site was launched a year later and quickly began to compete with the then popular MySpace service. The platform is designed to publish music tracks, podcasts and direct interaction between artists and their fans, although it was originally created for the exchange of tracks between musicians.

In the first two years of operation, the service has collected a million subscribers, and in 2012 the number of subscribers reached 10 million. The project has attracted investments many times, and today SoundCloud is considered the largest music and audio platform. The growth was quite fast and natural, the volume of investments increased with each round, as did the number of unique users and subscribers.

Investment Round A took place in 2009, when the company received $ 3.3 million from Doughty Hanson Technology Ventures (a division of the British venture capital firm Doughty Hanson & Co). Series B investments in 2011 were $ 10 million (Union Square Ventures and Index Ventures). Upon reaching 5 million users, SoundCloud received money from the A-Grade Foundation, founded by Ashton Kutcher and Guy Oseary, although the amount of the deal was not disclosed.

Investments in 2014 amounted to $ 60 million (Institutional Venture Partners), and the company itself was estimated at $ 700 million. At the same time, in parallel, the founders of SoundCloud were solving problems with audio recordings protected by copyright. According to experts, the solution to this issue should have been quite expensive. The licensed content issue was also the reason why major music labels opposed SoundCloud’s integration with the Twitter Music app.

In 2016, Twitter invested $ 70 million in the project. By this time, SoundCloud had already signed contracts with major recording studios, including Sony Music, Warner Music Group and Universal Music Group. At the same time, the number of users reached 175 million people per month. And in March 2016, the company decided to launch SoundCloud Go, a paid streaming service. Users now have to purchase a subscription to access the full audio, and only 30-second previews are available for free listening.

Only after the launch of the streaming service did it become known that in 2015, the year of preparation for this launch and the period for concluding licensing agreements, the company lost $ 52 million. The next round of investments is expected only in December 2017, but given all the risks and difficulties, co-founder Alex Ljung is not sure that the platform will last without additional unplanned cash injections.

However, he is very optimistic and believes that despite the losses, profits in 2017 will grow by 137%. But experts do not share his optimism: even if the forecasts of the founders come true, this amount may not be enough to cover the huge costs of payments to labels and copyright holders. In addition, competition between audio streaming services has grown significantly, and a lot of services offer paid subscriptions, for example, Amazon, Apple, YouTube, Pandora, and Tidal.

So, it is not yet clear what will happen to the company next. And while SoundCloud is trying to scale the subscription business and improve its product, experts say one of the plausible scenarios for the development of the situation is the takeover of a startup Google or Spotify, which, according to rumors, showed their interest.

The problem of the lack of a permanent and stable income has affected many Internet companies. Not so long ago, the media platform Medium faced a shortage of funds. The company, which has existed since 2012 and promotes a new online media model, was forced to lay off a third of its employees and cut costs on sales and other business processes. At the same time, until recently, the service was also doing well: the company received a total of $ 140 million in investments and was estimated at $ 600 million.

Today, both larger companies and startups are faced with the problem of overestimating the value downward. Western sources even call it the new Silicon Valley trend. For example, Jawbone, a company that produces acoustics and fitness bracelets, lost half its value in early 2016 (about $ 1.5 billion). But in fact, this affected not only American companies: the once most expensive Chinese startup for the production of Xiaomi smartphones, according to experts, has fallen in price by about 10 times.

The case with each company is unique in its own way: someone cannot cope with the competition, someone suffers because of a poorly thought out economic model. But the main problem is that the startup is rated too high at the initial stage. This requires a constant increase in performance indicators to attract investment in the next round. Therefore, in order to preserve the possibility of attracting investments in the later stages and not to lose additional funding, experts advise companies to raise the rounds at a lower estimate.

As for SoundCloud, let’s hope that the project will get better, and healthy competition between streaming platforms will only benefit them.

This article has been read 4,559 times
The article is included in the sections:Interesting about sound
caseFundingRoundsSoundCloudThorns